J.I. Kahn has an educational background consisting of a Bachelors Degree in Counseling and a Masters of Theology with licensing via the International Ministerial Fellowship. This publication is written from a "Christian" perspective, although not necessarily the "Christian" of today. This writer from a secular perspective worked in the medical field for about fifty years, first in a research facility and later in a Medical Center devoted to emergencies.

J.I.Kahn also has an extensive history (over fifty years) of working in prophetic situations, counseling, intercessional prayer, and leadership in the "Christian" religious community, as well as the medical field. Based on the Hebrew Sabbatical, this writer (although one year late) is currently experiencing a forty nine year Jubilee as noted in Le 25:8 "'Count off seven Sabbaths of years-- seven times seven years-- so that the seven Sabbaths of years amount to a period of forty-nine years. (etc).

As an elderly biblically conservative American Citizen, this writer wishes to express in writing, the conservative opinion of the majority of Americans, who demonstrated this aspect in force during the 2014 Mid-Term elections, totally rejecting the current political administration in all areas of thought and deed, (to include Liberal, Progressive, DFL, Radical, Atheist, Abortion (the killing of unborn babies), Illegal persecution of conservatives by the IRS, Communism, Socialism, Marxism, cop killing, Islam as a religion, and so on). 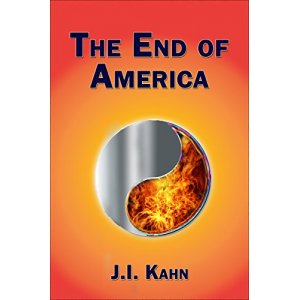 The End of America