Jim Bailey retired from a well-paying tenured position at a major University at the young age of 57 to pursue challenges which would hold his interest, including woodworking, missionary work, historical research, and novel writing. Since he was trained as a manufacturing engineer, Jim loves to design things and then figure out how to make them; the same thinking applies to his historical romance writing - having questions and seeking answers.

Jim loves historical events and how they affect people's decisions - focusing, of course, on those made by the ancestors of whom he writes.  Jim has a lot of questions about family behavior and actions that have been answered through what he has found in his research.  He then weaves the story by filling in the gaps with creative, imaginative fictional spins on what might have been.

Bailey's passion is to write the novels that tell these historic stories - having completed Bailey's Blood about the feuding family from Missouri and Honor O'Flynn about his seventh-great grandmother kidnapped in 1700 Ireland and brought to Maryland to be sold as a bride. He is deep into writing about Anneliese Kapahnke, his  wife's mother, who was a single mother in Berlin as bombs destroyed nearly all of that city. Jim is also passionate to write about Sambath Loy , his adopted Cambodian daughter - who at eight years of age was taken by the Khmer-Rouge with two younger siblings to a re-education and forced labor camp. 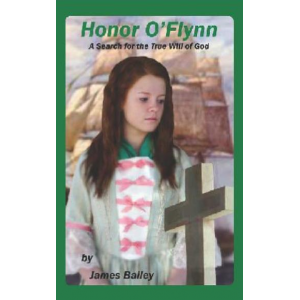