James Workman began his award-winning career as a journalist in Washington, D.C. for The New Republic, Washington Monthly, Utne Reader, Orion, Washington Business Journal, and other publications.  In the Clinton administration he served as speechwriter and special assistant to Interior Secretary Bruce Babbitt, spearheading a national campaign that blew up obsolete dams to replenish dying rivers. For seven years in Africa and Asia he helped forge the landmark report of the World Commission on Dams, filed overseas dispatches on water scarcity, led radio and TV documentary researchsafaris, spoke at universities, and advised global businesses, aid agencies,and conservation organizations on water policy. Based on his experience with the Kalahari Bushmen, he is pioneeringnew platforms for trading the human right to water. He lives in San Francisco with hiswife Vanessa and their two daughters Camille and Louise, where he is at work on his next book.
Please visit James Workman’s web site, www.heartofdryness.com 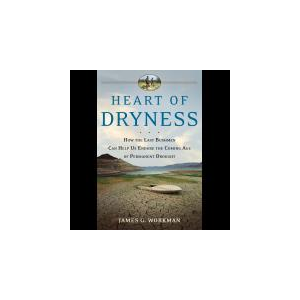 Heart of Dryness: How the Last Bushmen Can Help Us Endure the Coming Age of...