Joseph Les Phillips was born in the Bronx, NY. After graduating from high school, he served in the Navy during the Vietnam War. Upon separation, he worked at the NYSMaritimeCollege aboard their training ship the Empire State IV. Being a cousin of American theater legend George M. Cohan stirred his creative juices and at night he attended the AmericanAcademy of Dramatic Arts in Manhattan studying acting. However, financial concerns forced him to abandon that career when the NYPD called and he became a police officer. In 1975, he appeared briefly in the film Three Days Of The Condor with Robert Redford. Later, he was also personal security for many celebrities including Al Pacino, Robert DiNiro, Richard Gere, Richard Burton, David Bowie, Richard Harris, Jason Robards, Broadway producer David Merrick during the original run of the musical 42nd Street. Also, Farrah Fawcett during her run in the controversial play Extremities. Finally giving in to a long held desire to write, he published his first novel, the middle book of The Springfield Trilogy, Beyond This Place Of Sin And Tears in 1987. In 2000 his second novel, The Soldiers Of Summer was published. He has also written numerous short stories that have been published in print and online magazines including Big Hearted City available on Amazon Shorts. His screenplay, Rum Key, was also a semifinalist in the Texas Film Institute’s Screenplay Competition a few years ago. Chronologically the final book of the Trilogy, This Side Of Forever, was published in July 2006. The chronological beginning of the Trilogy, Drawn To Near Waters, is ready for publication now. Phillips retired in 1989 from the Midtown North Theater Detail of the NYPD to write full time. In 2006, he relocated to South Florida where his wife Eleanor and their two sons James, a poet/filmmaker and Clifford, a Sergeant with the Palm Beach County Sheriff’s Office, also live. He is also a member of the Florida Writers Association and Wizards Of Words. 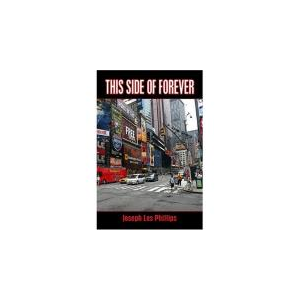 This Side Of Forever