Joylene was born in Manitoba, grew up in Maple Ridge and raised five boys in Pr. George, BC. She and her husband built a cottage on Cluculz Lake in 1992. The jury is out whether they'll retire there or not. Canada is a beautiful place and they could end up anywhere. Which is good because life should be an adventure. Joylene's second novel Broken But Not Dead will be released by Theytus Books in 2011 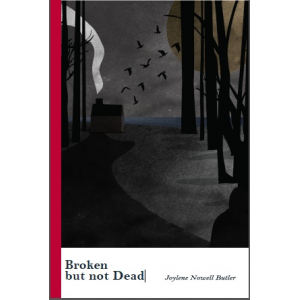 BROKEN BUT NOT DEAD 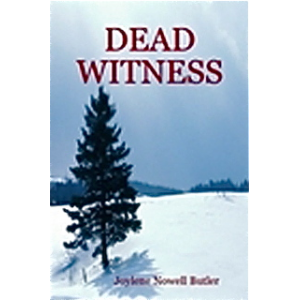 I've been writing for 28 years. I wrote my first manuscript titled Always Father's Child after my father passed away suddenly. Seven years later, I realized the manuscript had no marketable value, but I was hooked on the process. I wrote Dead Witness, self-published it in 2008, then sold the rights to Broken but not Dead 2 in 2011 to Theytus Books. I live with my husband on beautiful in central BC. Heaven's paradise.

Describe your book ‘BROKEN BUT NOT DEAD’ in 30 words or less.

Professor Brendell Kisêpîsim Meshango must face her greatest antagonist – herself – when she becomes the target of a psychopath bent on destroying her and her beloved daughter Zoe.

Going to that dark place that covets the rage of a mother fiercely determined to save her child, make it realistic and still elicit empathy from the reader.

I was completely blown away when I read "Bleeding Heart" by Marilyn French. I remember praying that I could one day move my reader in that way.

I blog. I hand out bookmarks where possible. I make myself accessible to my readers. I leave comments on every blog of every visitor I get on my blog. I response to the comments they leave on my blog. I do readings, signings, interviews. I use Twitter, Facebook and Linkedin. I keep abreast of any new aspects of marketing. I follow blogs that inspire me. I'm approachable at local fairs, readings, literary evenings. But mostly I try to write the best possible novels I can write, so that readers keep coming back for more.

I try to be social being again and spend time with close friends. I practice yoga and T'chi. I love home renovations, gardening, and movies. But mostly I spend time with my beautiful grandchildren.

I've just finished the final draft of the sequel to "Broken but not Dead", entitled Omatiwak: Woman Who Cries. I also have a political thriller in its final drafts called Kiss of the Assassin. I have a WIP, a sequel to "Dead Witness" tentatively titled Dead Wrong. And I'm also working on my first children's book titled Spirit Eagle.