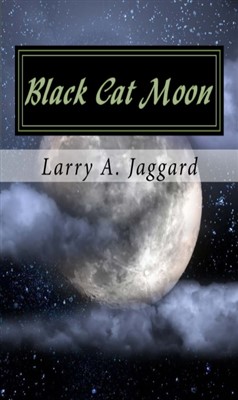 Lawrence Anthony Jaggard is a Screenwriter, Photographer, and Website Designer. He has written 27 screenplays, 5 features ranging from 101 to 130 pages each, and 22 shorts of 2 to 45 pages in length. About 8 of those screenplays, 2 features and 6 shorts have reached as far as the finals in National and International Screenplay competitions.

Larry lived in Atlantic City, New Jersey as a young child in an apartment building just thirty feet from the Atlantic City Boardwalk and Atlantic Ocean during a major hurricane. This was the inspiration and setting for the short screenplay Rat’s Bite. This was the first script he wrote as an adult.

Rat’s Bite made a showing in a national short screenplay contest called American Gem shorts at only 13 pages, it went to the quarter finals and got a special mention. After some rewrites, it was a semi-finalist in Anything But Hollywood screenplay competition. After more rewrites and a title change it made it to the finals in the Writer’s Place Short Script Contest. He started compiling and publishing his screenplays in books which can be found on Amazon.com

Larry Jaggard has taken thousands of photographs, mostly of natural landscapes and wildlife. His photos can be seen on some of his websites and on the inside and cover of his books. His 240 + video slide-shows of these photos and live videos can be viewed on his YouTube channel. He has also created 40+ personal websites; All of those were designed by him and are listed on his sites.

After moving from Atlantic city, as a child, Larry attended Mill Road Elementary School in Northfield, New Jersey - Jr High and graduated there and than went on to high school at Mainland Regional High, Linwood, New Jersey, but dropped out of school after completing his freshmen year.

In his second year in the fence business, Larry attended Atlantic Community College, Mayslanding, New Jersey for the battery of high school equivalency tests which he passed and received a GED Diploma.

It was while employed at Greenbriar Healthcare Center as the Medical Supply manager that Larry Jaggard started writing screenplays. A few years later he started creating websites to showcase his screenplays.

Larry was a volunteer at the Superior Court in Mays Landing, NJ for a little over a year, than was employed at the Hammonton, NJ Walmart. It was at this time he started publishing his books.

Book(s) By Larry A. Jaggard 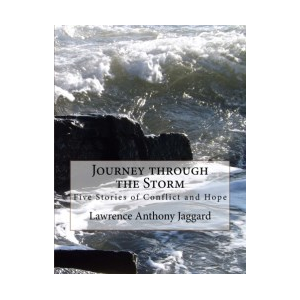 Journey through the Storm