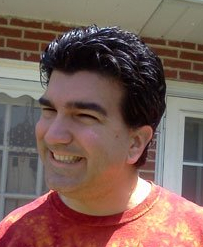 The first article Larry Nocella sold was the first one he submitted. He was fourteen years old and had written a program for his Atari 800 computer to help him with high school Spanish. The now defunct magazine A.N.A.L.O.G. Computing printed the article and he's been writing ever since. For six years he was the writer-editor-publisher of the creative writing magazine, Q.E.C.E. (Question Everything Challenge Everything.) Accepting submissions from writers and artists around the world, the magazine grew to be a respected member of the thriving zine community. Q.E.C.E. was awarded an honorable mention from the Writer's Digest Zine Publishing Awards. Larry began branching into fiction by way of another zine, the unclassifiable quirky underground fiction-comic eXtreme Conformity. Each installment of this 4 x 11 inches bright yellow publication was written as a script for a half-hour comedy show, but laid out to read like a comic book. The stories were a blasphemous collision of South Park, The Simpsons, and everyday philosophy, following the adventures of aliens intent on taking over Earth, convinced the television was the ruler of the planet. Continuing his push for a larger audience, Larry Nocella self-published his novella Where Did This Come From? now available on Amazon.com in paperback and eBook for the Amazon Kindle and other eBook readers. Where Did This Come From? fictionalizes the fact that those in the industrialized world have no idea where their possessions come from, and sometimes a seemingly innocent object can have a story of horror and death behind it, caused either by inhumane working conditions or damage to the Earth, or both. In keeping with the environmental theme, Larry donates a portion of profits from the novel sufficient to offset the carbon released from its publishing process. Where Did This Come From? is the world's first CarbonFree(R) novel according to CarbonFund.org. He also took a detour into blogging, writing ROFL: Random Outbursts From Lar! at www.LarryNocella.com. His latest novel, Loser's Memorial, is ready for prime-time. Combining diverse influences such as the scrappy youthful protagonist of Russell Banks' Rule of the Bone with the anti-war message of Johnny Got His Gun, and mixing in the rebel souls of Clockwork Orange and Fight Club, the novel is his greatest writing achievement yet, following the stories of two young men, one from the USA and one from Morocco, caught in the profiteering from the war on terror. He lives in the USA with his wife and assorted four-legged friends. You can read more of his writing at http://www.LarryNocella.com/. 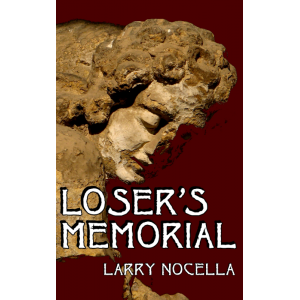