Mr. Phelps retired as Chief Investigator for a prominent Miami (FL) law firm specializing in criminal defense. He worked on several high-profile cases, on which he has based his "Mike Walsh Detective Novels" series.

"THE EXECUTION OF JUSTICE" is his debut novel, introducing "Detective Mike Walsh".  The novel is based on the true story of the murder of a close friend and one-time mentor, a Detective Sergeant in the Robbery & Homicide unit of the Indianapolis Police Department.

He is also the Co-Author of "DAVID JANSSEN - MY FUGITIVE", written with Ellie Janssen, the first wife of the beloved actor, best know for his starring role in the ground-breaking, records-setting, award winning ABC Televison's Quinn Martin Productions "the fugitive". Originally published in Hardcover in December of 1994, and U. S. Trade Paperback in 1995 and 1996, this book sold over 1.2 million copies. This is the Fourth Edition, and contains an Update by Michael Phelps. It is offered at the original 1994 Publication pricde of $18.95 (plus $2.77 S&H). Copies of the original publication are being sold via the Internet at prices ranging from $66.00 to $220.00. 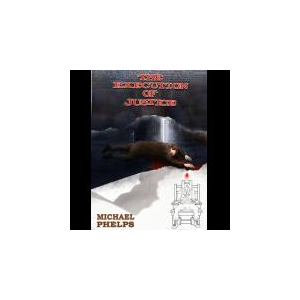 THE EXECUTION OF JUSTICE by Michael Phelps