In June 1964, a twelve-year old child was summonsed to appear at Dublin’s Children’s Court. The offence for which he was charged related to an amateurish break-in when coerced and accompanied by older children. In terms of gravity the misbehaviour was hardly more than a prank.

In the severe surroundings of that oak panelled court, deep in the bowels of DublinCastle, Mickey was sentenced to serve Three years hard labour in what was then known as an industrial school.

Letterfrack IndustrialSchool to which he was sent is situated in Connemara, one of Ireland’s most isolated regions. For a child its remoteness found its equal only in a Siberian gulag; the likelihood of escape less than that from San Francisco’s notorious Alcatraz Prison. Its seclusion in this malevolent place of correction was a major factor in the institutionalised abuse of children by the Christian Brothers with whom these unfortunate waifs were placed Many of these ill-fated youngsters had not been convicted of any offence; their crime was that they were orphaned; most if not all were victims of dysfunctional family life.

During his sentence Mickey, and the hundreds of other children who passed through this den of depravity, were methodically physically and mentally tortured and abused. The IrishState was instrumental in providing this depraved band of brothers with a steady supply of victims. With Taliban-like zeal the Christian Brothers methodically administered random life threatening beatings merely on a whim; the more injurious were witnessed by fellow brothers and many witnessed by other terrified children. 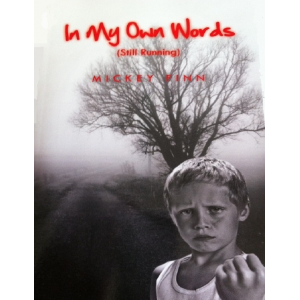 In My Own Words [Still Running]