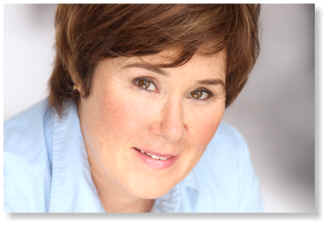 In 2008, Pam was at a place of confusion and uncertainty about what she wanted to do outside of being a mom. She asked for Inner Guidance and received a message to “Illustrate the book!”  This sounded familiar because five year previous, Pam had heard the exact same message!  Her response at that time was, “Wrong number, call back another time!“  However, when she heard it so clearly for the 2nd time, Pam summoned the courage like Mia does, and decided to trust her Inner Guidance.  We could have called the book “Pam Inspired!”, but that just didn’t have the same ring as “Mia”, since Mia is a magnificent Monarch!  Pam's Inner Guidance knew something that she did not know, that drawing and painting would bring so much joy to her life!  Pam has been a writer for many, many years in the form of journaling her private writings.  However, “Mia Inspired!” is her first published book.  The writing of ‘Mia” was such a easy flow for Pam, it was as if she was taking dictation from her Inner Source.

Pam have always had a love for foreign languages and cultures.  She graduated from the University of Georgia in 1983 with a Bachelors Degree in French which included a study abroad program in Paris, France.  She continued her studies and obtained a Masters in International Finance from Thunderbird, The Garbon School of International Management, Glendale AZ. which included two additional abroad programs, again in Paris and in Guadalajara, Mexico. The time Pam spent abroad is invaluable to her expanding her horizons, and it was in Mexico that she experienced the migration of the Monarch butterfly (read “Mia Inspired!: for more on this amazing journey)!

She worked in International Banking for 3 years in New York City followed by a short career as a real estate agent there in the city.  In 1992, she began her career as a fulltime mother, and it was not until 2008 after seeking Inner Guidance that Pam was led to her current work of writing and illustrating children’s picture books.  She currently lives in Marietta, Georgia with her husband and 3 children. 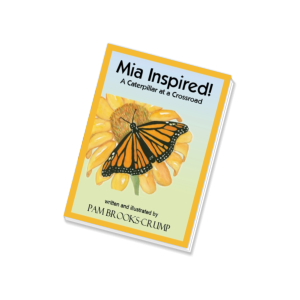 Mia Inspired! A Caterpillar at a Crossroad