With long-held ambitions of becoming a full-time writer Partha Choudhury, a Psychiatrist by profession, has now produced his first book of poems entitled “Millennium of Miracles”.  Having had an interest in literature and culture since early childhood he is an avid reader in three languages, with a particular leaning towards serious fiction, detective stories, poetry, children’s literature, comics/cartoons etc., and has already enjoyed some success with his work being published in various children’s magazines.

Prior to his current position as a full-time Consultant with the NHS in the UK, Dr. Choudhury was a Consultant and a member of the faculty in a premier institution in India, during which time he developed a new model of Humanistic Psychotherapy.  Putting his knowledge and experience to good use he completed a book describing the body of the therapy in a self-help format; the publication of which he is currently awaiting.

A family man, the Author also enjoys socio-cultural observations and commentary; is interested in music and cookery (with a penchant for Indian food); singing, walking, cinema, and socialising.   “Millennium of Miracles” is a charming selection of cleverly written and very stirring poetic compositions guaranteed to move and touch the reader. 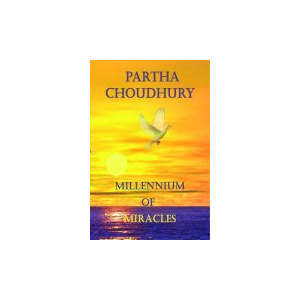