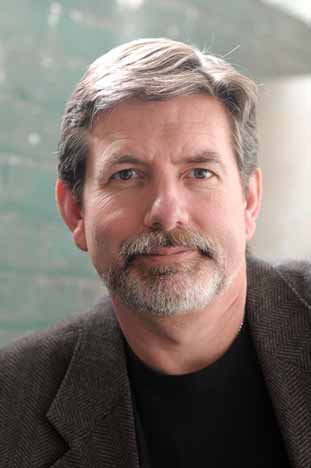 I have worked in the film and television industry for the past 26 years. Known mainly as a make-up artist I have moved into writing and direction having completed two feature films and some episodic television. During that time I had the opportunity to tach make-up effects at a number of colleges and private institutions. At my wife's prompting we formed our own publishing company to promote our two books Hurt 'Em Reel Good - a quick reference for out of kit make-up effects and Reel Characters - a quick reference for creating out of kit feature quality character make-up. 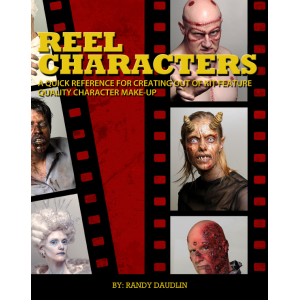 I am a professional Make-up artist and have worked in the film and televison industry for 27 yrs now. The past five years I have been making the transition into writing and directing and have two feature films behind me: Bottom Feeder staring Tom Siezmore which I both wroted & directed  and Static staring Kathleen Robertson which I directed. I also have directed some television one of my credits is for the series Forensic Factor - Robert Lee Yates the Smiley Face Killer. It was at my wifes prompting that I became an author.

Describe your book ‘Reel Characters’ in 30 words or less.

Reel Characters is a quick reference book to creating inexpensive feature quality character make-up. It is intended to teach anyone what amazing things are possible with simple materails and some imagination.

The hardest part about writing the book was deciding which characters to create while using a handful of simple to use products. Though often times many of the same products were used every character had to be unique to itself.

The books that had the greatest influence on me were the books I bought when I started my carreer and the ones I still refer to from time to time. Richard Corsen's book of Theatrical Make-up. Lee Bagan's Three Demensional Make-up. I looked at what else was on the market and wrote my books as if I were going to use them. Every chapter had to be self contained I  do not like seaching from one end to the other looking for information. I enven include pictures of the products so when looking to purchase the materials to reproduce the make-ups there would be no confusion.

To market my books I try to attend trade shows like IMATS ( international make-up artist trade show) they have several across North America and one in and Austrailia. I approach schools and retailers who might carry my book. I do seminars and workshops teaching the make-up from the books and will educate anyone interested in learning. We have a websitewww.twogruesomepublishing.com from which we sell as well as encourage people to ask questions. I have written articles and have been published in Make-up Artist Magazine. I associate myself with established suppliers and promote their products and in return they promote our books.

When I am not writing I am selling books, looking for new clients or creating my next project. I also live on a 100 acre farm with my wife our dogs and a few horses so that keeps one active.

Next I would like to publish my first novel Blood Promise that has been sitting on a shelf for some time, but I will probably be doing another reference book for a sponser of mine. I love their product and the owner and his wife are super people. There is enough material for a book and they are strongly interested. It would be different enough from my books as it is promoting one line of products and would be a great marketing tool for all of us. So its just a matter of what day do I start I have done a rough mock up and would like to have it ready for November.