My life began on December 8th, 1966. I was born in Elkhorn, Wisconsin to Clarence and Margery Ganser. My younger brother is Steven. He has a car dealership in Madison, Wisconsin, on the beltline. It is called Mad City Sales. My father worked at the Chrysler Assembly plant in Belvidere, Illinois for thirty years. He is now retired. My mother was a tremendously active woman. She was called at various times, the strawberry lady, the rabbit lady and the paper lady. She raised a half acre of strawberries for people to pick, raised rabbits and was a leader in the local 4-H club, and delivered a number of different papers. She also loved horses. My father always aspired to be a farmer, but the dream eluded him.
As for me, I loved science. I couldn't get enough. My first passion was for the stars, and so I studies astronomy. There was a local observatory at Williams Bay, which is called Yerkes observatory. It fascinated me. It was the largest refracting telescope in the world at one time. However, I moved on to the biological sciences. After graduating from St. Norbert College, in Des Pere, Wisconsin with a double major in mathematics and chemistry, I entered the Navy. That didn't last long. I was discharged shortly after my college graduation date for having a medical condition with my knees.
A strange turn of events occurred then. My professors at St. Norbert wondered why I wasn't going to graduate school, but had turned to them for recommendations for a job. Well, I hadn't taken any of the graduate school entrance exams, for I fully expected to be serving in the Navy, and the school semesters had already begun. They told me to hang tight, and they would see what they could do. I ended up taking the exams after getting into graduate school. Those professors of mine really came through for me. I was accepted at three different programs, without any exams. In fact, I got a pretty lucrative scholarship.
I received a master's in Synthetic Organic Chemistry from Dartmouth College in 1992. Then, I went on to develop some controlled release formulations for levothyroxin at Enzytech in Cambridge, Massachusetts. That was a fabulous job! Oh, if only science would continuously be fun like that. We had a young group, who were smart and talented. We didn't suffer the bureaucracy and politics of a large pharmaceutical company. The emphasis was on getting the job done, and the personal interactions were fantastic. I miss that.
I went on to Abbott laboratories and worked for Jack Henkin and Moshe Weitzberg. One of our colleagues had a band called Eve Thing, so I went to a concert of his in Chicago. Andy Mazar was quite a piece of work. You don't run across people like him everyday. I still have a CD of his called "Tense." Moshe was a consummate professional. He was uncanny in developing new synthetic schemes and was immensely productive. I would sit in his office, and listen to his ideas for new molecules, and often make them the next day. I think he bothed loved it, and wanted to stop it at the same time. He wasn't an early morning person like me, but I provoked him to come in the mornings so that he could confront me about not putting the reactions.
Unfortunately, I longed to get my Ph.D., so that I could have more autonomy in the lab, and get the respect that I thought I deserved. That would lead to my enrollment at Notre Dame University. Again, I got a good scholarship. That was encouraging.
Apart from the science I began to go to church at Bethany in Warsau, Indiana. I met some wonderful people there. Ben Scripture and his family, the Beverlys and the Pritchetts were among them. I learned a lot about the Bible, and began doubting the veracity of evolution. One day, I made a break from my indoctrination from school and went with God. There was no turning back.
Now I work at Pfizer in formulation development. Our main focus in on monoclonal antibodies. I had been in solid state chemistry for some time, before my job description changed. It keeps me busy and the bills paid.
I served as an elder at congregation Chai V'Shalom, and at Lord of Glory Lutheran church in Greyslake, Illinois. Both are churches of the Lutheran Church Missouri synod. Currently I am attending Covenant Community Church in Kirkwood, Missouri. 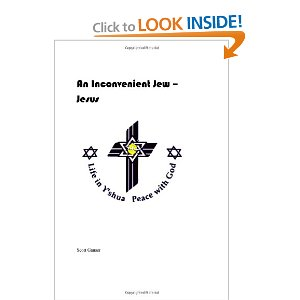