Former staff member of The Denver Post, The Rocky Mountain News, The Phoenix Gazette Republic, The San Francisco Chronicle and the San Jose Mercury News, since early childhood, Jamaican born Stefhen Bryan was thought obsessed, plagued by depression, suicidal ideation, learning problems and sex addiction. High school drop out both in his native Jamaica and the United States, after 8 years of sheer perseverance and a near nervous breakdown he earned a Bachelor of Arts in Economics from UCLA at 30. At 35 Bryan proved victorious over his depression and suicidal thoughts, but was still governed by sex addiction and an extreme preference for ‘yellow,’ which propelled him in April 2001 to liquidate all his belongings in California and relocate to Japan. Seven years in Asia, Bryan returned to the United States cured of his addiction, self-actualized and ready for marriage. 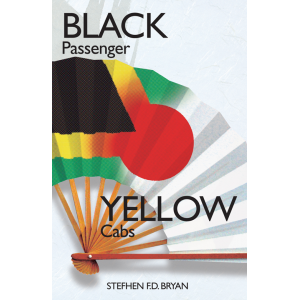 Black Passenger Yellow Cabs: Of Exile and Excess in Japan