Timothy Tosta is a 61-year-young Santa Cruz native, now residing in San Mateo, California. He also is one of California’s leading land use and environmental lawyers. At the age of 41, Tim was given a two-year survival prognosis as a consequence of a misdiagnosed melanoma, which had gone untreated for six years. Then the parent of three children under the age of nine, Tim was determined to find his life’s purpose and to live consciously and conscientiously in accordance with it. He studied psychology, philosophy, religion, neuroscience, human and organizational development; undertook the practices of yoga, meditation,and Qi Gong; and eventually found his way into public service as a hospice volunteer, trained by the Zen Hospice Project, at ward C-2 of San Francisco’s Laguna Honda Hospital.

Tim is a very amateur musician, playing a wide variety of stringed instruments. He delights in entertaining his hospice friends with his own poor renditions of Tin Pan Alley, country, bluegrass, and folk tunes.

In 2006, Tim began writing about his hospice experiences and lecturing to legal, business, and community groups about the changes to his life and legal practice wrought by the hospice work.

In 2007, Tim undertook training to become an Integral Coach through New Ventures West and received his certification in 2008. Tim coaches lawyers and business colleagues to live balanced, fulfilled lives.

Tim contributes regularly to the Daily Journal, California’s leading daily legal news publication, as well as to other magazines and journals. He is a frequent speaker before state and national conferences in the legal, real estate, and business communities. 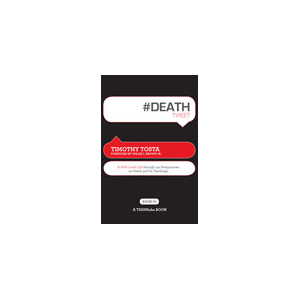 #DEATHtweet: A Well-Lived Life through 140 Perspectives on Death and its Te...