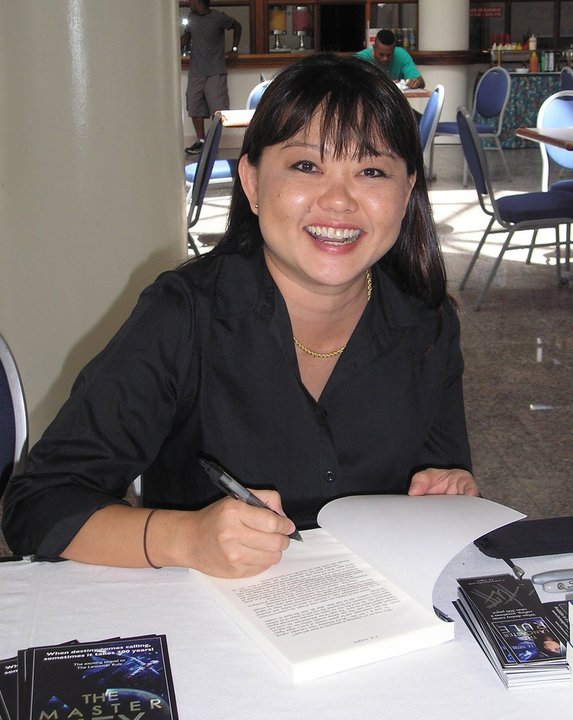 T.K. Toppin is a published author of Speculative Fiction and SFR (Science Fiction Romance) novels and short stories. The Lancaster Rule, her debut novel and its sequels, The Master Key and The Eternal Knot, were previously contracted by Champagne Books Group/BURST Books. In July 2012, she signed on with Ring of Fire Publishing to release the To Catch A Marlin novels and short stories.

T.K. was born, raised and lives in Barbados and is currently writing. 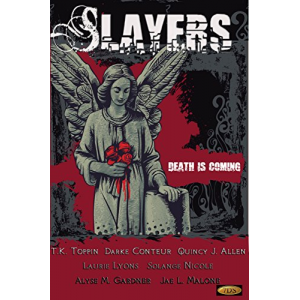 1. Could you tell us a little about yourself?
I was born and raised in Barbados. My day job is as a graphic artist, which I've been doing for over 20 years. Writing sort of called to me, something like a natural progression into expressing myself. I started seriously writing in 2008 and haven't stopped since. I was lucky to have my first efforts accepted by a publisher, The Lancaster Trilogy (currently unavailable...for now), and soon after, the Jax Marlin series.
2. Describe your book To Catch A Marlin in 30 or less words
A futuristic cat and mouse tale between a sexy vigilante and a dogged special inspector. From Earth to space and back.
3. What was the hardest part of writing your book?
I think the hardest part was trying to make it as believable as possible. Since it's set in the future, with all the new technology, trying to keep it grounded was the bit I struggled with. I didn't want to make it too far-fetched.
4. What books have had the greatest influence on you?
The Dune series by Frank Herbert. Simply awesome!
5. Briefly share with us what you do to market your books?
Well, I've tried most things. From tweets to Facebook and blog hops. I'm really not sure which works and which doesn't. In the end, I think what matters most is the quality of the book, the reviews it gets, the cover art, and the next book you publish.
6. How do you spend your time when you are not writing?
I'm shamelessly lazy. I procrastinate like a pro. If I'm not reading something then I'm either watching endless TV/Movies or playing games on my iPad. Shamelessly...
7. What are you working on next?
I'm actually working on 3 things currently. A massive novel, Bengaria's War, set way in the future that has taken me quite some time to write. More To Catch A Marlin short stories to fill up the 10-episode series, and re-working The Lancaster Trilogy.