It’s not often that an author who is widely-known for creating diverse, intelligent, sophisticated and charismatic characters, literally could have stepped off the pages of any one of her books. Tracie Howard is just such a person.

As a writer, she has completed six nationally-acclaimed novels which uniquely depict the glamorous side of contemporary urban culture. Her eagerly-awaited follow-up to the best-seller Gold Diggers, is Friends & Fauxs (Random House), a titillating glimpse into what happens when celebrity and pop culture become tragically intertwined with friendship, betrayal....and murder. The book will be in stores on July 28, 2009.

Shortly after completing the novel, Ms. Howard combined her passions for travel and education by serving as a guest lecturer/professor at the Institut Supérieur de Management in Dakar, Senegal. While there, she touched the lives of over 1,000 African youths (in Senegal, Mali and Burkina Faso) on a host of worldwide social/political/cultural issues relating to Africa; Chief among them was the responsibility each one shares towards securing the continent’s place in a rapidly changing—and increasingly competitive---global landscape.

Tracie’s selection for this honor was driven, in part, by a uniquely diversified portfolio of high-level accomplishments. As a business executive, Ms. Howard honed her skills at some of the world’s most prestigious organizations, including the Xerox Corporation, Johnson and Johnson, American Express and The Atlanta Committee for the Olympic Games (ACOG). In 2008, she was selected (and served) as a ranking member of President Barack Obama’s Finance Committee during his historic election campaign.

In fulfilling parallel roles as trendsetter and style arbiter, Ms. Howard has enjoyed a wide range of local, national and international media coverage. During 2008, Ebony Magazine featured Tracie as one of America’s Most Stylish Professional Women. She was similarly recognized in March of 2009 by Atlanta's Jezebel Magazine as one of their "50 Most Beautiful". Most recently, the City's historic Journal and Constitution prominently featured her as one of the area's most fashionable young women.

Tracie is a proud native of the Capital of the South. Besides "Gold Diggers", her other popular titles include “Why Sleeping Dogs Lie” and “Never Kiss and Tell”. 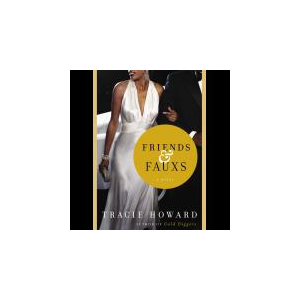