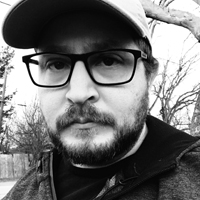 Michael C. Sahd grew up in Santa Fe, New Mexico. From a young age, he read voraciously, particularly in the fields of fantasy and science fiction. Shortly after becoming a teenager, he learned to play and enjoy fantasy games such as Dungeons and Dragons. At around the same time, he began writing stories and D&D campaigns of his own.As an adult, Michael attended the College of Santa Fe, studying in the fields of English and literature. During this time, he honed his writing skills and expanded his writing portfolio. Although he has completed numerous short stories, Assassin Marked represents his debut published work.Currently, Michael lives with his wife and four children in a small town in Texas, where he is working on writing the next installment of The DuFonte Chronicles while polishing his fantasy novel, The Unfettered Child, in preparation for its August 28, 2019 release.