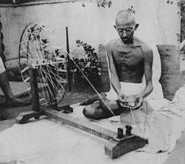 I read Mahatma Gandhi’s book – ‘My Experiments With Truth’ over 20 years ago.

However, it was not until a recent reading of Great Soul by Lelyveld that I realized the marketing genius of Gandhi. The sections of the book that deal with Gandhi’s life in South Africa before he became ‘The Mahatma’ are particularly instructive. During this time and in an alien country, Gandhi lacked the following that he would enjoy a few years later. He had to get scrappy and hustle in order to bring people together in a struggle against a rather hard-hearted government.

If you are an author you will do well to incorporate some of these ideas into your own book marketing.

A hundred years before Facebook and blogging, Gandhi put his life up for public display. His writings show an extraordinary openness. The Gandhi you see in his writings, was comfortable about sharing his opinions on various topics from health, to spirituality to politics. And if he changed his mind on a subject, he was willing to expose it to scrutiny, criticism and even ridicule. For example, he held a strong opinion in the early nineteen hundreds that one must consume less salt in order to contain strong passions. But a few decades later, he led the Salt Satyagraha. He was also open in sharing his views on celibacy and some of his experiments in his later years to test the purity of his vows.

There was no desire to please people and conform to their views … just a desire to explore the truth. As Gandhi would say, “the seeker of truth can have nothing to hide.” This authenticity in thought and deed created a sense of trust not only among his followers but also among his enemies. Even the ruling British government respected his forthright behaviour and relied on his promises.

The turning point in Gandhi’s life is said to have been the 1893 incident in South Africa when he was thrown out of the train (see video below. )

It took Gandhi over 14 years to have even a minor victory in South Africa. Thereafter, upon his return to India, it took him nearly 40 years to achieve independence.

In 1944, his wife – Kasturba Gandhi – died as a prisoner in British custody. Gandhi continued his struggle for another 3 years before India finally achieved independence. Looking over his life story, the most striking aspect is the persistence, resilience and determination of the man.

Gandhi was the master of using symbols – powerful visual and emotional triggers – to get his message across to the masses. For example, he got rid of most of his clothing to show the true state of the poor in India at that time. He also adopted the idea of spinning yarn in the 1920’s as a symbol of self-reliance. 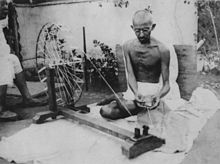 Even his famous Salt Satyagraha was symbolic of asserting the people’s rights to make their own salt.

One of the first things that Gandhi did when he returned to India in 1902 was to book himself on a third-class train journey across India. Pyarelal – a follower writing about Gandhi said that Gandhi did this into order to bring himself “into intimate touch with a wide cross-section of the Indian humanity with whom it was his ambition to merge himself.” He bought a blanket, a rough wool coat, a small canvas bag, and a water jug for his expedition.

After that trip, Gandhi made it a rule to always travel third-class in India – even after he had become a powerful political personality who needed to be protected. Sarojini Naidu is once said to have remarked: “You will never know how much it costs us to keep that saint, that wonderful old man, in poverty.”

The powerful edge that such identification with the masses gave Gandhi cannot be overestimated. His opponents constantly misunderstood and reacted inappropriately while Gandhi seemed to have his pulse on the mood of the people. For example, in South Africa when he conducted his first mass strikes, the Government had him arrested and believed that the crisis had ended. However, even days after his arrest, indentured workers kept walking out en masse from the sugarcane plantations thus bringing the economy to a standstill.

“Constant development is the law of life, and a man who always tries to maintain his dogmas in order to appear consistent drives himself into a false position.” – M. Gandhi

Gandhi was constantly changing and defied all attempts to define him. His changing appearance was but an outward manifestation of his inner changes. He constantly experimented and tested his hypotheses. If something worked, he kept it. From diet and health to spirituality to politics, everything was an experiment for Gandhi. 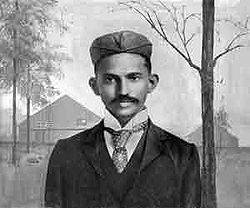 Here he is in 1918 in India. Note the changing attire. 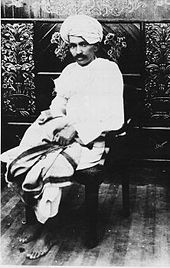 And here he is as the Gandhi that the world knows.

October 2nd marks the birthday of Mahatma Gandhi.  Internationally it is observed as a day non-violence and peace.

Here are five Gandhi quotes to inspire you beyond the world of book marketing and promotion.

1. There is nothing that wastes the body like worry, and one who has any faith in God should be ashamed to worry about anything whatsoever.

2. Strength does not come from physical capacity. It comes from an indomitable will.

5. Nearly everything you do is of no importance, but it is important that you do it.

One thought on “How to Market Your Book Like Mahatma Gandhi” 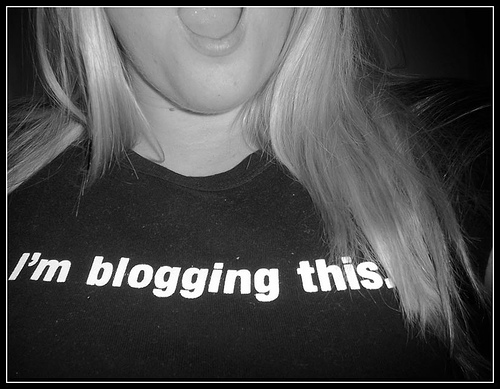