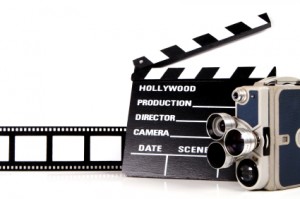 Does Dan (The Da Vinci Code) Brown need a book trailer? Well, no. Dan Brown does not. He’s got two ever-so-suspenseful and special-effects-filled Hollywood movies based on his most popular novels. Novels that sold millions of copies, worldwide, before they were ever adapted for the big screen.

But few authors are Dan Brown.

The Book Trailer Dilemma
Book trailers are for authors whose books have yet to be made into blockbuster Hollywood movies. Also for authors whose novels have been made into movies (Jodi Picoult, for instance, several of whose novels were adapted — including My Sister’s Keeper, which was made into a feature film starring Cameron Diaz). But even for these very fortunate (and hard-working) authors, a book trailer is one of the most arresting ways to attract readers who might not know their latest book exists. Or might otherwise pass it by.

Here’s the thing, though. As an author (who’s not yet as famous as Dan Brown or Jodi Picoult) you most likely can’t afford to spend zillions on a book trailer with production values that rival a Hollywood movie. And yet, as someone with an eye for art — not to mention, craft — you know a schlocky book trailer will persuade no one. And may even be worse than no trailer at all.

So How Can You Create a Breakout Book Trailer?
You want a book trailer that is as visually compelling as it is conceptually evocative. You want a trailer that will give potential readers the overwhelming sensation that your book is definitely due a serious glance-through (and preferably after purchase). But is a book trailer like that do-able on a non-Hollywood budget?

Well, yes, it is — but only if you focus on a simple but artful concept. Only if you put aside any thought of doing a complex, special effects-ridden, multi-sensory-overload, Hollywood-ized treatment that is designed to blast viewers out of their seats.

Just so you can visualize this impossible-to-reproduce type of promotional film (impossible, if your budget isn’t in the millions), here’s one movie trailer for The Da Vinci Code:

Exciting? Without a doubt.

But remember, readers enjoy the solitary pleasure of imagining the world that a good book creates. While movie watchers (the same person, in a different cultural-consumption mode) expect to be totally entertained – to do nothing at all, imaginatively speaking.

And herein exists a quandary:
• Books provide a quiet, private, partially do-it-yourself experience, while movies provide the opposite kind of experience.
• Accordingly, movie trailers are inherently suited to movies, while book trailers are not inherently suited to books.
• A book is created in a verbal medium, while a movie is created in a visual medium (as are, most conveniently, trailers).

An Onerous Task Made Do-Able

What this quandary means is that authors — when they make a book trailer — have the onerous task of translating their verbal art into a visual art, or an artful visual representation of their book. Filmmakers, on the other hand, have no such problem when they make a movie trailer for their movie: they’re both visual arts, of course.

So. Here’s where that earlier suggestion to go for the simple but artful concept — and not the complex, blast-‘em-out-of-their-seats treatment — comes into play.

Here’s what you can do, and do well:
• You can ask yourself, “What is the essential meaning of my book? Where does its heart beat strongest?”
• Once you’ve got that (you are looking for the poetic essence of your book, its core content, or message), imagine several ways you might translate that essence into a visual form enlivened by a small amount of action (as opposed to the over-the-top action of a Hollywood trailer).

Since this may be hard to visualize, at first, here’s one example of a book trailer concept that captures its book’s heart by using a very simple visual form with limited action. (You will be looking at the publisher-produced trailer for Emma Donoghue’s novel, Room. It’s the story of a five-year-old boy — who is also the book’s narrator — and his mother, both of whom have been imprisoned by her kidnapper-rapist for years in a single room. But despite that horrifying context, the novel is actually about the complex bond between a mother and child, as well as how a child perceives the world.)

As you just saw, while a child (who is off-camera) makes a crayon drawing of himself and his mother standing inside four black lines he calls “room,” an innocent (but slightly menacing) music box tune plays in the background. The story the trailer tells appears in simple words scrawled in crayon, interspersed with the child’s gradually emerging drawing.

Even so, if you didn’t know what the book was about, the trailer might be a bit mystifying. Although the glowing words of praise from bestselling novelists that are also shown (as the fifth of the trailer’s five simple elements: words, drawing, crayons, music, quoted praise) would make its mystification more intriguing.

All that aside, though, what it would be good to focus on here is the utter simplicity of this trailer’s concept. That is what makes it so evocative of the novel’s story. And that is what authors might want to emulate with their own trailers. (Although the production values — which are wonderful, as the publisher funded this trailer — are less easy to emulate, of course.)

The “lesson” this trailer teaches, nevertheless, is that when a story is distilled to its essence, it can imply an entire world that will engage potential readers. There is no need to recreate the entire complex world of your book (it isn’t possible, in any case) in order to excite interest. The evocation of a story’s heart says enough. And may, indeed, say more.

By contrast, here is a second trailer for Room — one that is far more detailed:

Even with this trailer, it’s easy to see that a simple concept can be extremely effective. And while both trailers for Room were professionally produced, it is wiser to emulate their example, rather than, say, that of the movie trailer for The Da Vinci Code.

Finally, if you have a favorite book trailer that illustrates this conceptually simple but evocative approach, please do post its link in the Comments section below. Thanks so much for contributing to this discussion. 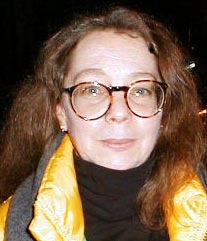 Laurel Marshfield is a professional writer, developmental editor(aka “book doctor”), and ghostwriter who helps authors shape, develop, and refine their book manuscripts for publication. She offers manuscript evaluation, developmental editing, co-writing, collaboration, ghostwriting, book coaching, and consultation for authors.
Her blogsite publishes inspiration and advice for the author’s journey: Blue Horizon Communications And her free eBook, available for newsletter signup (see the upper right-hand corner of her homepage) is titled: I Need to Be a Bestselling Author – Is That True?: The Five-Destination Roadmap to Authorship.
On Twitter, you can find her at: @BookEditorLM

2 thoughts on “The Book Trailer Lament: Can Authors Achieve High Production Values on the Cheap?” 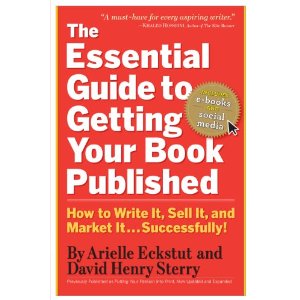