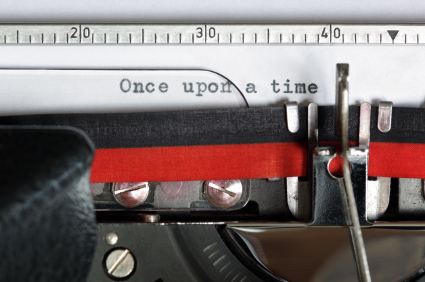 eBook Writer
In the mid-1960s, the Beatles recorded “Paperback Writer,” a song that could be said to mirror the controlled frenzy currently surrounding eBooks. Why so?

With its good-natured satire, the song lends a soundtrack to the hopes that many authors have for this new publishing medium. And if the Beatles had written their hit tune today, surely they would have titled it “eBook Writer.”

While the Fab Four here underscore the uncertainty of a would-be paperback writer’s life, eBookville’s road to success is no sure thing, either (largely because few things in publishing ever are). And yet.

Beyond that inherent “iffiness” — the more-than-partial antidote for which is a good book and persistent, focused promotion — there is an important subtext to the eBook success stories we’ve seen so far.

And that is: a striking disparity exists between the relatively tepid eBook sales that quite a few authors have encountered, and the absolutely sizzling eBook sales that a select few have enjoyed. I’m thinking, of course, of such giddy superstar success stories as Amanda Hocking, John Locke, Joe Konrath, and several others. Not coincidentally, all are authors of genre fiction. (For more, see: http://bit.ly/vAkOPU)

But there’s also a second subtext within the larger one. The astonishing, wealth-making sales figures that the above few authors have garnered are counterbalanced by something else — something difficult not to notice.

What the Statistics Say

Looking at this phenomenon from a statistical perspective, a relatively recent Sourcebooks.com post (http://bit.ly/t6Nucm) cited some revealing figures.

In the first quarter of 2011, adult nonfiction print books represented 42.3% of total sales (by far the biggest slice of the sales pie). Adult print fiction, by contrast, accounted for a much smaller 25.2% in the same period — a percentage slightly smaller than even juvenile print sales at 25.5%.

But in eBook sales for the same period, those figures were turned inside out. Nearly three-quarters of the eBook sales pie goes to adult fiction, while adult nonfiction eBooks garner a bit less than the quarter-pie that is left. The remaining sliver, meanwhile, goes to juvenile eBook sales — fiction and nonfiction, both.

Nonfiction eBooks at a Disadvantage

The question that naturally arises is Why. Why are nonfiction digital sales so comparatively miniscule, when print sales in nonfiction are, and have been for years, the most lucrative slice of the overall book market pie?

The answer may be hidden in plain sight — in the reason why people use eReaders in the first place, and the current limitations of eBooks themselves.

As the above Sourcebooks post pointed out, readers using eReaders seem to prefer books that tell stories; i.e., fiction and narrative nonfiction (history, memoir, biography, and the like). That’s because this largely text-only medium is ideal for a “linear” — beginning-to-end — reading experience. But it’s not so ideal for reading that inspires a non-linear approach (comparing and contrasting parts, referring to previous bits, making notes in the margin for future reference).

In other words, readers turn to eBooks primarily for entertainment, and “revert” to print books for enlightenment – for information. They are not misguided.

Digital formatting hasn’t evolved enough to support the graphic features that most nonfiction books need in order to make their points (tables, graphs, pictures, and diagrams). That is, until very recently.

Will Kindle Format 8 Make a Difference?

In the fall of last year, Amazon released Kindle Format 8 at the same time that it launched its new eReader tablet, the Kindle Fire (conveniently, the Kindle Fire displays eBooks with KF8 features).

According to Amazon, this new formatting capability is their response to the fact that earlier generations of the Kindle could not handle graphically rich or complexly formatted books, and that barred some book categories from publishing eBooks (at least for the Kindle).

Will KF8 make a significant difference for non-narrative nonfiction authors?
It could. Though only the Kindle Fire supports KF8, at the moment, and it will take time for authors and publishers to start using this new tool. Especially as its complexities represent a far higher formatting barrier to entry than KDP (Kindle Digital Publishing) did, and that may discourage some self-publishing nonfiction authors from seeking an eReader audience. Especially as the print realm is where readers expect to find the nonfiction they’re looking for.

It’s impossible to know whether Amazon’s KF8 will turn things around for non-narrative nonfiction authors who want to enter the eBook marketplace.
But such authors will still suffer an intractable disadvantage vis á vis digital publishing — because, unlike genre fiction, they can’t capitalize on a lengthy series of books to create a cascading income stream.

Even if nonfiction authors write a long list of books, those titles will not be part of an evolving story, the way a mystery or thriller series is. And, unfortunately for them, that’s where the money is in eBook publishing – in the series.

So Why Not Innovate?

But maybe all is not lost. The current impasse in non-narrative nonfiction eBooks could simply mean that it’s time to innovate around it. What might nonfiction authors do to attract a digital audience?

One idea is to group-publish an anthology that explores ten or twenty authors’ methods of handling a single self-help problem (time management, say). A reader looking for time management solutions could buy their $0.99 text-only eBook anthology, scan the methods for one that appeals, and purchase that author’s print book at a discount (using a special code).

Publishing an eBook anthology would allow nonfiction authors to group-promote their offerings and attract readers they wouldn’t otherwise reach. Once attracted, those readers could be given an incentive to migrate over to the traditional book format that has long displayed nonfiction content best: ye olde print book.

Since authors are a fairly creative group, it’s probably only a matter of time before the nonfiction authors among them figure out new ways to market their titles to an eBook readership. Meanwhile, though, can you help out?

Can you think of alternative ways for nonfiction authors to get into the eBook marketplace? If you can, please post your ideas in the Comments section below. Nonfiction authors worldwide will be truly grateful.

Her blog publishes inspiration and advice for the author’s journey: Blue Horizon Communications Blog And her free eBook, available for newsletter signup (see the upper right-hand corner of her homepage) is titled: I Need to Be a Bestselling Author – Is That True?: The Five-Destination Roadmap to Authorship.
On Twitter, you can find her at: @BookEditorLM

17 thoughts on “When Will the eBook Expressway Explode Sales for Nonfiction – as It Has for Fiction?”