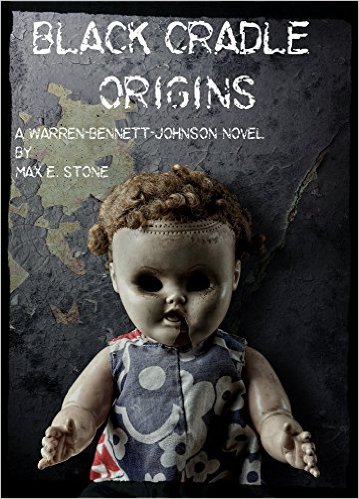 We’ve all heard the phrase:
NEVER JUDGE A BOOK BY ITS COVER…
With regards to others and, sometimes even books, it is true. You may get much more than what you see as it may just be the tip of the iceberg; the opening to a phenomenal masterpiece.
During the course of the design of my book covers, some of which I have constructed on my own, I’ve learned a few lessons. Here they are:

1. The Cover Is Page One
As I’m sure you already know, readers see the author’s cover before they read the book. That is how they decide whether or not they will purchase said book. Before August to Life, 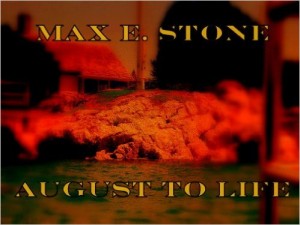 my first work, was published in early 2012, I had a cursory knowledge of this fact. But, being new to the publishing industry at the time and a bit stubborn in my ways, I hadn’t fully grasped it. I thought the story alone would be judged. As such, that would be where I’d have to invest all of my time: making sure my words were as good as they could be. So, in regards to the cover, I took a picture with my camera, did some editing, slapped it onto the front of the book, and called it finished, a solution that hadn’t worked out nearly as well as it could have.
The cover gives the readers a glimpse of what will happen next. Imagine the book open BEFORE the reader opens the book. That’s the cover. It’s the story before the story. Page One.

2. You are always judged by “Page One”
Very often, books are assessed by the beginning of the story. If readers aren’t hooked immediately, it has been said that they likely won’t be hooked at all. If the cover is considered page one, then this is doubly true. Going back to the design of the August to Life cover, I didn’t heed this at all. Working alone, I uploaded the photo I’d taken onto my computer and decorated, plucked, and edited to my heart’s content, giving very little regard to others that would have to look at it.
Which leads me to the next lesson I learned…

3. Feedback! You will need it!
Whether or not you are designing it yourself, other people will need to be involved in the construction of your cover. 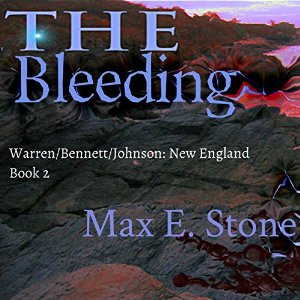 After the debacle of the August to Life cover, I knew I had to do better for the next book, The Bleeding. August to Life’s cover didn’t come out horrible but it was nowhere near as good as it could have been. Still designing it myself, I did something different: I got others involved in terms of feedback. I asked about what I had, what I should have, etc. from people who I knew would tell me the truth. So, if you’re designing your own cover, get as much feedback as you can from those you know will give you the honest and even brutal truth. Even if you’re doing it alone, you don’t have to be completely alone.

4. Don’t be ashamed to ask for help.
As I’ve mentioned, feedback is essential. In the process of gaining said feedback, there is a 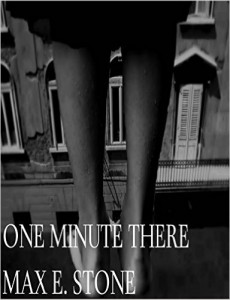 chance that someone will tell you of your need to get some additional design help. After the design of August to Life and The Bleeding, I decided to enter my initial cover of the next book, One Minute There, into a seminar about book covers to see what feedback I could gain. What I received was the brutal honesty for which I was looking. I was told that there was nothing which would draw the eye, nothing interesting, and nothing that would interest a reader enough to open the book. Later, looking at the cover for myself, not only did I realize they were right, but I had a great deal of work to do. So, taking their ideas into consideration, I made changes, got feedback on those changes, and ended up with a pretty decent, eye-catching cover.

5. Trust your gut
More often than not, your gut is never wrong.
When it came to the cover of Black Cradle, the book after One Minute There, my gut (and my ever-increasingly crazy schedule) told me I needed help and needed to invest some design assistance. So I got a designer to give me what I needed. I told Jess at Create Forward that I wanted something scary, but I wasn’t sure what I wanted. And she made it happen on two covers, which the fans chose from. 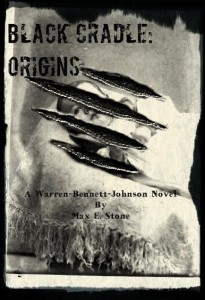 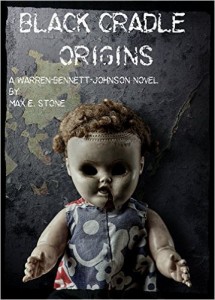 I said that to say if your gut tells anything about the cover, whether it is to get help or even keep it the way it is, listen to it. Chances are that it will be the best decision for you.

Here’s to an amazing cover!

Max doesn’t remember ever not creating a story, pen or no pen.
A writer and lover of books since the age of nine, Max first set pen to page as a hobby, constructing stories that were anything but fit for children. Entertaining classmates while simultaneously concerning surrounding adults with blood-ridden tales of gory mysteries and heavy suspense that “just came to mind”, Max, with the help of family and the encouraging words of an inspiring fifth grade teacher, continue to develop this gift.
Little was it known at the time, but said gift would become a lifeline.
From horrific trauma in max’s teen years, writing played an instrumental part in the difficult recovery and the Warrens, Bennetts, and Johnsons, three interconnected families all with issues, mysteries, and secrets that threaten their livelihood and lives,were born.
Max reads everything and everyone and relishes the journey, learning something new each day. 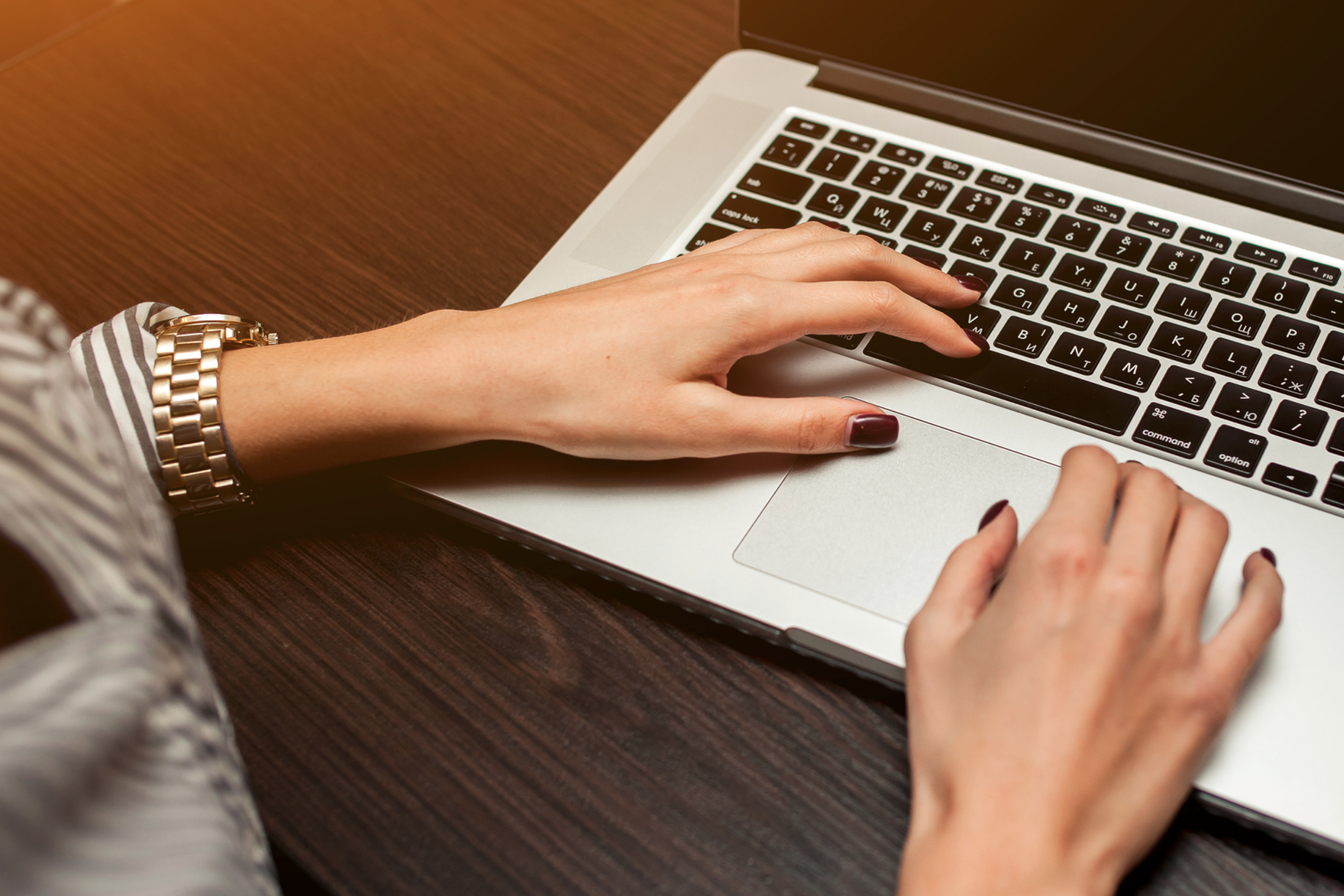 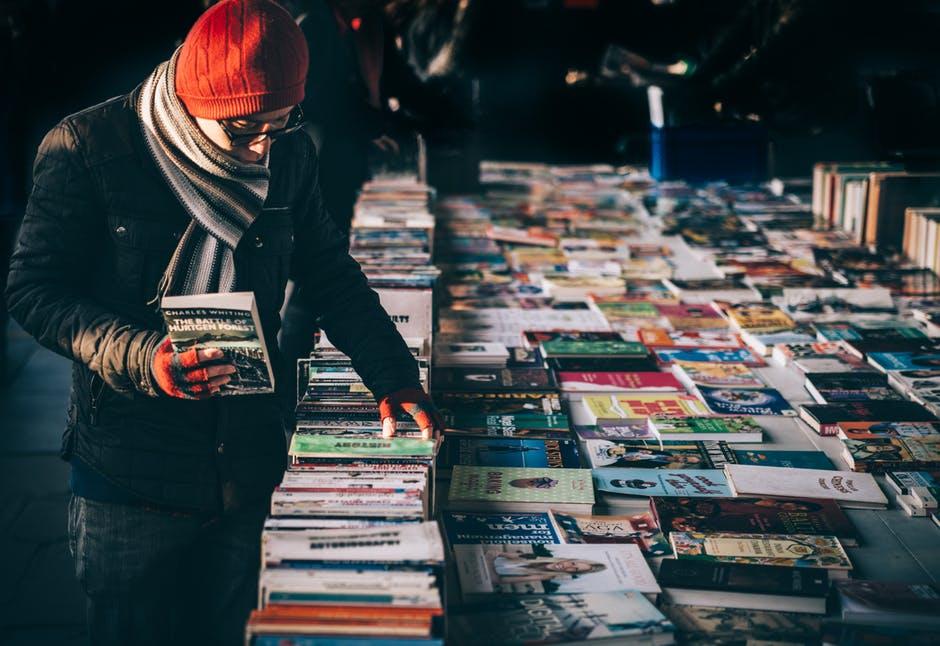