I remember the first time I heard about Twitter. I looked into it and had two thoughts:

1. How can 140 characters really be worthwhile?
2. How does this thing work?

Well, I took the plunge and a little over a year later, I find myself giving advice on Twitter. I even wrote a book on it. And Twitter is consistently the source of between 30% and 50% of my traffic. If you are not on Twitter, or you want to get more out of your Twitter profile, then consider yourself fortunate to have at your disposal the Twitter resources that BookBuzzr has assembled for you this month.

The thing I’d like to discuss with you is a question that everyone asks at some point in their Twitter life: How do I keep up with all the tweets from the people I follow?

When you first start out, it’s relatively easy. But as you start to follow more and more people, it soon becomes impractical to read every tweet from everyone. Every 5 seconds or so I get 20 new tweets added to my timeline. That’s 20 new tweets every few seconds, 24 hours a day. Yet Twitter is still a valuable source of information to me. Below are some tips on how you can keep on top of the tweets from the people you follow. Just remember, you don’t have to feel guilty about not reading every tweet in your timeline and no tool is perfect when it comes to separating the more important ones from the less important ones. Still, here are some ideas on how you can keep your finger on the pulse of the people you follow:

1. Limit the number of followers you have: There are many people who are very picky when it comes to who they follow. I’m not going to comment on whether that’s a good strategy or not except to state the obvious. If you want to know every tweet from everyone you follow, then the less people you follow, the easier it will be. I simply mention it because there is a lot of talk out there about the value of this strategy.

2. Watch your @replys and RTs: Twitter has added the ability for you to filter your Twitter stream by having all the tweets where people @reply to you or all the tweets where people who use the RT function to show up in a filtered timeline. This allows you to have some of the most important tweets listed in a quick, convenient read. You can find both of these functions on the home screen next to the timeline tab. While people who you are not following will be on these lists, you will also be sure to catch the tweets of the people you are following.

3. Build lists: If you follow a lot of people, Twitter allows you to build lists and see only the tweets of the people on those lists. This means that you can quickly and easily scan the tweets you really don’t want to miss.

4. Create alerts: There are a number of services that allow you to create free Twitter alerts. TweetBeep is one of my favorites. These alerts allow you to enter keywords that are important to you so you can keep your pulse on the Twitter stream. While most of these services will return results from the whole Twitter universe, you will be able to scan the alerts to see what the people you are following say with these keywords. There are also some paid services that will allow you to confine your search to only your followers or only to the people you follow. I don’t use paid services, but I do know they exist should you want to look into this more.

5. Create a Twitter newspaper: This has become one of my recent favorite tools. Sites like Paper.Li allow you to have a daily summary of the links that the people you follow are tweeting. The paper even categorizes the links and delivers them in the look and feel of a newspaper. Each link has the Twitter pic of the person who tweeted it. Feel free to check out The Tony Eldridge Daily to see how Paper.Li does this for me.

6. Apps/Tools: There are a ton of great tools that you can use to help your Twitter streams become more productive. Here are two of my favorite: HootSuite is an online tool that allows you to read and tweet online. You can create your own filtered lists to keep up with the tweets that are important to you. A similar tool is TweetDeck, which downloads to your desktop. It’s also available on a number of smartphone devices as an app.

As I said earlier, it is probably a futile thing to try to catch every tweet from all the people you follow, especially as that list of people continues to grow. But there are a lot of good tools out there that will help you filter the information and make the tweets more manageable. The tools I mentioned only scratch the surface of the resources available to you. With a little effort, you can turn your Twitter stream into a productive source of information for you.

Tony Eldridge is the author of the action/adventure novel, The Samson Effect, that Clive Cussler calls a “first rate thriller brimming with intrigue and adventure.” He also launched his first non-fiction title, “Conducting Effective Twitter Contests“. He shares his book marketing tips with fellow authors through his blog, Marketing Tips for Authors and through his free video marketing tips for authors newsletter. 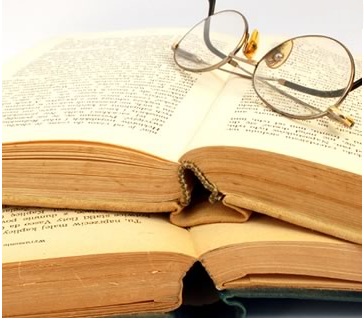