It was one of those “flukes” that completely changes the course of a life.

My first book had just been published and I’d mailed a copy to the producer of a new local cable TV channel. She invited me to talk about how I’d parlayed my hobby – entering and winning consumer competitions – into a paperback.

They loved the segment and while we were chatting afterwards in the Green Room I suggested there might be a lot of local people, like myself, with unusual hobbies. Would they be interested in letting me research and film a few of them for the show (working for free, of course)? A handshake later, my TV career was born, which led to my becoming an on-screen presenter for the BBC.

Fast forward several years to books #2 and 3. By now I’d become very interested in some of the more fringe alternative health approaches (these two were titled The Book of Crystal Healing and The Book of Chakra Healing), topics that a lot of mainstream magazines were also covering. As an author (and TV reporter) I had no trouble persuading editors that I could write compelling articles. So my print journalism career took off.

Jump ahead to book #4. Now a regular contributor to British Airways’ Business Life magazine, I was expected to come up with article ideas every month. So I mentioned to the editor that I’d written a book about loving your work (Working From The Heart) and she commissioned me to do a piece on that.

An executive from another international airline happened to read that article and decided that the concept of “working from the heart” was a perfect fit for an event for which they needed a keynote speaker. After that (highly lucrative) success I decided to start my consultancy, HeartWork, to help businesses and organizations realize the bottom line benefits of recruiting, motivating, and retaining employees who were passionate about their work.

After crafting nine commercially published books, one POD and a couple of ebooks over the course of almost 25 years, I’ve sold a lot of copies (close to half a million to be precise). But those royalties, particularly spread over that time frame, are a drop in the ocean compared with what I’ve earned and experienced by leveraging my books to build businesses and carve new careers.

Selling a lot of books requires hard work – and other people.

Here’s how I look at it. Selling books in quantity takes strategic planning, time, and persistence. I know we all love the myth of the overnight success, but even John Locke admits that it was many months and several books later that he really gained the traction that has resulted in his selling so many books. As he points out in How I Sold 1 Million eBooks in 5 Months, he used a very systematic approach to achieve that success.

If you want to sell a lot of books there are online relationships to nurture, affiliates to align with, emails and newsletters to send out…marketing your books is a full-time job and depends on a lot of people supporting you. I bet if you were to work out how many hours you spend doing that for the number of books you actually sell, you might discover that you’d be making a higher income pouring coffee at Starbucks.

Marketing yourself relies on you.

Happily, the same creativity, perseverance and – an old-fashioned word but I like it, pluck – that supported the writing of your book can be directed to developing a business or expanding your career into new directions.

I discovered, after I’d taken improv lessons, that what I was doing was a) becoming more aware of opportunities to move in interesting new directions, then b) saying yes to them.

For example, why write about networking when you’ve pretty much taken that topic as far as you can and are itching to move on to a new business or career challenge?

Why fall in line with the expected way of getting a job by sending out resumes that are only going to sit in a pile with hundreds of others? Why not craft a short ebook outlining how you would solve a business dilemma – thereby showcasing your value to a future employer – and send that to one or more key decision makers in the companies you’re targeting? (Note: This is an idea I’d love college career centers to adopt for students whose talents and personality warrant it.)

More to the point, why think of your book’s value only in terms of the number of copies it sells? Consider it more as a compelling and keep-able calling card that could catapult your life in a wonderful new direction.

Today I don’t market my books with sales in mind. I market them with a view to the personally satisfying and lucrative business and career opportunities that will come from them. After all, I probably wouldn’t have been a TV reporter, freelance journalist, professional speaker, career coach, business consultant, magazine editor, workshop facilitator, or (my current business venture) The Book Doula without them.

What adventures might you be missing out on by marketing only for book sales?

Dr Liz Alexander, aka The Book Doula, was born in St. Andrews, Scotland, home of the Royal Golf Course and the world’s third oldest university. She’s the eldest of five children, with four brothers ranging from 2 years to 19 years younger. In the UK, Liz was a regular on radio and television, including the BBC. She moved to the US in 2001, becoming a citizen in 2009. One of her favorite TV series of all time is Buffy The Vampire Slayer, so that’s what she named her long-time companion–a female black Labrador–Buffy. Liz lives in Austin, TX – at least for now. Her latest ebook is called Birth Your Book. Read an excerpt here – 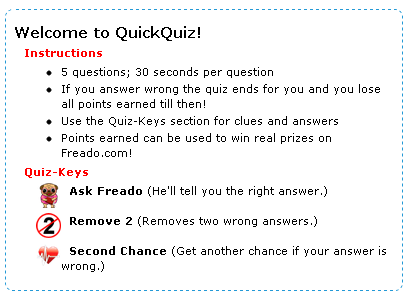 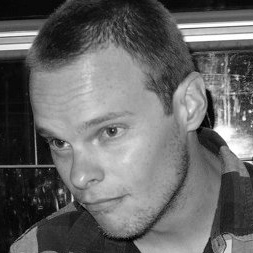